Majority of videos over Internet are available in MP4 format and thus MP4 players are the most commonly used players. Windows as well as Mac system have their installed default media players, but a large numbers of people go for third party MP4 player due to system upgrade, for example, some .mp4 files working perfectly with Windows 7 can no longer open with Windows 10. Playing MP4 no video/sound, MP4 codec error ... different problems occur now and then, challenging you patience to extreme. In order to resolve this incompatibility issues, you can perhaps take a look into top 5 MP4 players to get the one in your need. 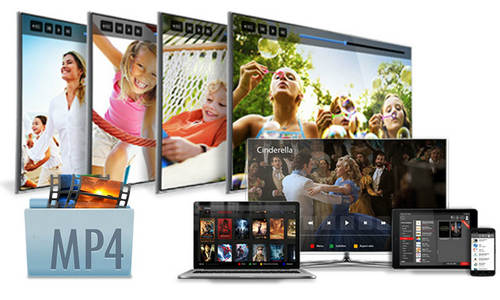 On the basis of playback test, reviews/votes from geeks and feedback from users, we conclude the following five programs as 2017 best 5 solutions to make MP4 playing without hassles.

VLC media player has been widely used in Mac and Windows platform. Many people like to use it to play their media files mainly because the cross-platform media player supports almost all video and audio formats. So it's obviously the best choice of MP4 media players. However, you might encounter MP4 corrupt with VLC as the MP4 video file contains too many audio/video tracks for VLC's hardware decoding function to perform normally, especially when you run into MP4 files wrapping H.265 video inside. Please don't worry to make it work again by the steps as below:

You need another MP4 video converter to convert the MP4 which won't play into a more common profile which can be easily recognized by VLC. Dimo Video Converter Ultimate, one of the top MP4 video converters, is just a case in point.

Though Windows Media Player is the naive player for Windows system, it also has the version for Mac devices. The list of formats supported by the player includes all the common and popular names like MP4, WMV and AVI files. The player can also work well with H.264 and H.265 codecs. The interface of the player is adjusted in a manner so that no difficulty is faced by the users. The player has buttons for Play, Pause and forward and volume of the videos can be adjusted from the interface itself.

However, there is the odd mp4 file (containing odd codecs) that still won't open. If it does not have to be a MP4 file to be played, you can resort to a video converter software for Windows to help you convert the MP4 file into MKV, AVI files for your WMP. But if you somehow requires MP4 format, you may have to find a more compatible MP4 player.

QuickTime is also most recommended here to help you play MP4 files on Mac. (iTune is considered better for CDs) Then, if you encounter MP4 not-playing problem with this media player, try the following measurements.

Note that there are several formats that use the ".mp4" file extension, including at least one that is proprietary to Microsoft, that have not been ported to Mac. QT 7pro is powerful enough to deal with this, but at a certain cost - $29.99!

If you are geek in video technology, you can also find QT compatible codec pack for Mac on the web.

Part 3. Convert the MP4 file into other QT compatible formats

In this case you'll also need a video converter software for Mac to convert the file into MOV, M4V.

But, if you just need to play the video any way you can, and don't specifically need it in QuickTime, you can try the free MP4 player 8K Player for Mac which supports more formats with more codecs: MOV, M4V, MP4, AVI, MKV, FLV…

8K Player is is one of the most popular MP4 players that is flexible, stable and lightweight. VLC Media player can play audio, videos, CD, VCD, Blu-ray discs and DVD's. In addition to MP4, many other formats are supported by the player from MPEG to FLV, WebM, RMBV files and others. The player is capable of directly playing MP4 encoded like MPEG4-part 2/10, MPEG1-part2, MPEG2-part2, H.264 and H.265 that are state-of-the-art, and GPU-demanding that are used in HD, 4K videos, without any need for installing third party codec.

The player is standalone program that can also play BluRay and HD videos. The interface of the player is free from any spyware and ads so as to offer great experience to the users. Additional features of 8K Player include GIF creator, integration with screen recorder to make video teaching presentation and tutorials, adding bookmark from every inspiration of videos and looping at wills by single or section. 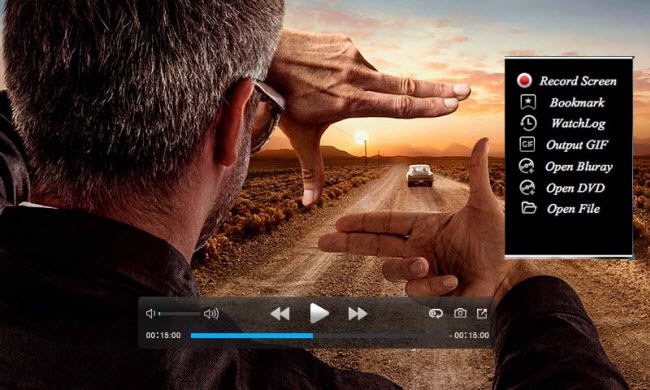 Indeed, tediously installing codec packs can finally take you to successfully play the MP4 video files you wish to, possibly with hours of work. That being said, if you'd prefer an easier way out - try 8K Player, an intuitive free MP4 player to directly download below.

With MP4 players, you can only play MP4 files smoothly on your computer, you can't still make full use of the MP4 players because of the incompatibility issue. So the best solution is to convert MP4 to any other you want, so that you can play MP4 in any player, application and device etc. To do it, you can use Dimo Video Converter Ultimate (Dimo Video Converter Ultimate for Mac) to perform video conversion.

Step 2: In the "Select Format" interface, select your wanted format by clicking the video icon as per your devices.

Step 3: Tab the "Start" button to finish the process of MP4 video conversion within minutes.

>Now select any one of the above given player as per requirements and play MP4 files in excellent quality.

Still got trouble to play MP4? Please feel free to Email Us with detailed information of your device such as device model, build number, kernel version and else. Attach some snapshots would be better. 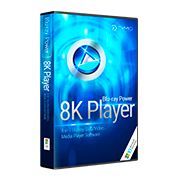 An 8-in-1 media player, not just to play Blu-ray movie, but also DVD, SD/HD/4K UHD videos and music with best quality.

How to Play Blu-ray/DVD movies (1)