PlayStation 4 Pro (PS4 Pro) is in essence a supercharged PS4, with its headline feature being the ability to play games in 4K HDR, sometimes at a higher framerate. It is slightly bigger than standard PS4 with 500GB of extra storage which not only can get you closer to game, but also can enable you to stream video, audio from a PC or USB drive. However, neither PS4 nor PS4 Pro could play all MP4 videos. In this guide, we will explain why PS4 (Pro) doesn't play some MP4 movies as well as provide an easy solution to stream and play various MP4 files on PS4/PS4 Pro for great visual experience. 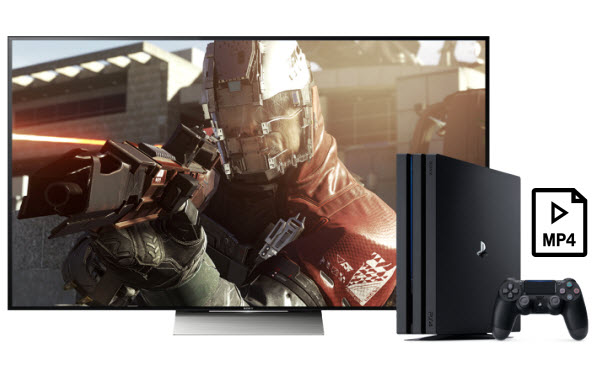 Video and music files can be streamed from USB storage devices and media servers using the Media Player app on PS4 (Pro). According to PlayStation support website, PS4/PS4 Pro only supports playing MP4 files encoded with H.264/MPEG-4 AVC High Profile Level 4.2 (AAC LC). While MP4 is a container video format which may contain various video or audio codec. If the MP4 is not encoded with PS4 (Pro) compatible codec, we will fail to stream or cannot play MP4 on PS4/PS4 Pro even if successfully transferred MP4 to PlayStation 4 Pro. So does the PS3. 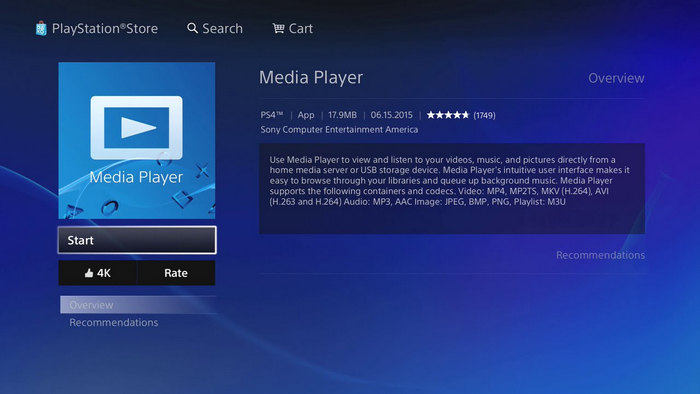 To play all kinds of MP4 videos on PS4/PS4 Pro you first have to convert the MP4 file to the file formats PlayStation supports which are MKV, AVI, MP4 or MPEG-2. If you are looking to convert MP4 files to PS4 (Pro) on your Windows operating system then Dimo Video Converter Ultimate can help you do that.

It can perform MP4 to PS4 (Pro) conversion at 6 X faster speed with the NVIDIA CUDA technology. Other format videos like MKV, AVI, MXF, MTS, XAVC, VOB, WMV, etc. can also be converted with Dimo. What's more, with the built-in editor, you can trim, crop, add watermark, adjust special effect to your source MP4 video, so that you get the very part and effects at your will. <See top MP4 video editors>

Apart from PS4 (Pro), it has flexible export options to a specific device such as Samsung, iPhone, iPad, Android, Xbox, TV, VR, online websites, editors etc. If you are a Mac user, you can turn to Dimo Video Converter Ultimate for Mac (OS High Sierra, OS Sierra included), which has the same function as the Windows version. Here we'd like to help you solve the MP4 to PS4/PS4 Pro playback issues in the following steps

How to convert and play MP4 files on PS4 (Pro)

Launch PS4 (Pro) Video Converter, and click "Add File" button to import your source MP4 materials. You can add multiple files for conversion one by one. 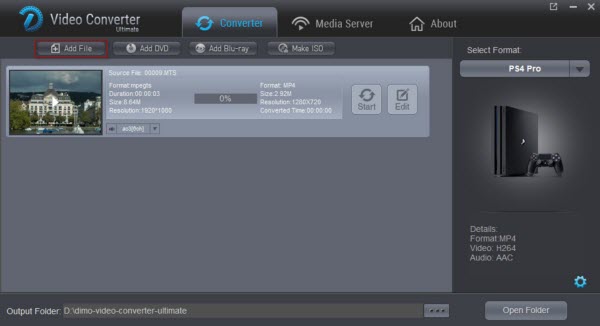 Open the output drop-down list on the right, 150+ video audio formats and portable devices are here for your choice. Select "PS4" or "PS4 Pro" under "Device > Games" tab which has already been optimized to support PS4 (Pro) well. 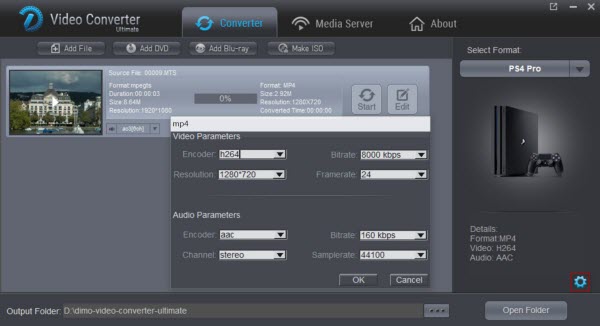 Locate your destination folder and click the "Start" button to start and finish the MP4 to PS4 (Pro) conversion. After the conversion, click "Open" button to quickly locate the generated video. Now you can transfer the converted MP4 videos to play with PS4 (Pro) easily.

For PS4: Insert USB Drive into USB port, turn PS4 on and then go to the main menu, select "Video" and find your USB Drive, select "Display All" to see the video files that exists on your PS4, please choose the file that you want to transfer and press the triangle button, choose "Copy" and confirm the transferring, the movies are transferred to your PS4 hard drive, and then you can play MP4 movies on PS4 from USB Drive. After all things are done, you have resolved PS4 (Pro) MP4 playback issue and your MP4 video files are supposed to be streamed from USB storage devices or other media servers. Besides, PS4/PS4 Pro also offers apps for streaming from Netflix, Hulu, YouTube, Amazon, and other services. Just use your home network or USB drive to access to your PlayStation movie entertainment. Or convert MP4 to ISO on your computer as backup.

FAQ on Transferring Files to PS4 (Pro) via USB

Question one: Why PS4 (Pro) can't see my device?

PS4 (Pro) has a strict requirement for device format. Make sure your USB storage devices are in FAT and exFAT formats. PS4 doesn't recognize NTFS which means you can't play videos larger than 4GB. So reduce video size or split videos if need be, meanwhile, you have to convert NTFS to FAT32 or exFAT.

Question two: How to check if my device is formatted to FAT32?

Plug your device in computer and check what letter the drive is. Open the properties dialog of that drive in Windows Explorer, and you will see the "File system" of that drive.

Question three: How to format my device to FAT32?

Select "Run" from the menu in Windows and type "cmd" to bring up the command window. Type the following line in the window format (Drive Letter): /FS:FAT32. If your drive is K, and then you should type format K: /FS:FAT32.

Note: If your drive is one of SanDisk Cruzer Flash Drive, you need to uninstall the U3 Launchpad software which automatically runs. Before you do this, make sure that you back up all data on the USB device because this tool will wipe it completely.

Question four: Why my video or audio files can't be read by PS4 (Pro)?

Create a folder and place all your videos into it when using a USB storage device so that your PS4 (Pro) system can recognize and read them, otherwise you won't see anything. No specific folder name required for videos, but audio needs to be in a folder named "Music". 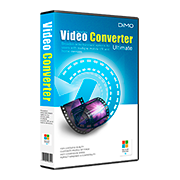